Return to the Nuclear Crossroads: Resistance at Rocky Flats

This special two-part program produced by David Wilson received the NFCB’s Golden Reel Award for 1998’s best documentary. It explores the history of protest at Rocky Flats nuclear weapons production facility from the early 1970s through the present, using rare archival tape and recent interviews to relate stories and music of many of the nation’s leading anti-nuclear activists: Daniel Ellsberg, Helen Caldicott, Bonnie Raitt, Jackson Browne and Allen Ginsberg, who read his famous “Plutonian Ode” while blockading the plant in 1978. The compelling program will put you back on the railroad tracks of resistance at Rocky Flats while bringing you up to date on the nuclear disarmament movement. 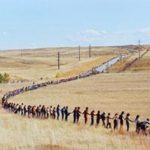 David Wilson is station manager at KGNU Community Radio, where Alternative Radio began in Boulder, Colorado. He reported extensively on the Rocky Flats nuclear weapons facility during the 1990’s. His AR radio documentary on the history of protest at Rocky Flats received a Golden Reel Award from the National Federation of Community Broadcasters in 1999. Along with working as a radio producer, Mr. Wilson has practiced intellectual property law as an attorney since 2008. He received his masters degree in physics from the University of Oxford, where he studied on a Rhodes Scholarship.

Be the first to review “Return to the Nuclear Crossroads: Resistance at Rocky Flats” Cancel reply