Gunned Down: Kids Getting Killed

After the Sandy Hook Elementary School massacre in December 2012, impending firearm control legislation led to panic buying of guns throughout the country. In 2016, the prospect of Hillary as president led to another rush to buy. Smith and Wesson stock prices soared. Remington Arms Company boosted production. Walmart gun sales went up. Incidents of gun violence only seem to induce more gun buying. Gun owners complain of bullet shortages. The gun homicide rate is at least six times higher in the United States than any country in the world and all too often it is young people getting killed. With Trump in the White House the prospects for any meaningful gun control legislation are nil. And the blood in the streets, malls and schools will continue to flow. 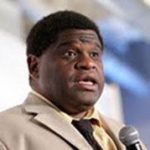 Gary Younge is an award-winning columnist for The Guardian and the author of The Speech: The Story Behind Dr Martin Luther King Jr.’s Dream and Another Day in the Death of America. He writes the “Beneath the Radar” column for The Nation.

Be the first to review “Gunned Down: Kids Getting Killed” Cancel reply