Debate on the CIA

Recorded at the JFK Presidential Library. 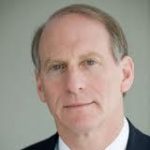 Richard Haass is president of the Council on Foreign Relations since July 2003, prior to which he was Director of Policy Planning for the  Department of State. He is the author of A World in Disarray and The World: A Brief Introduction.

1 review for Debate on the CIA