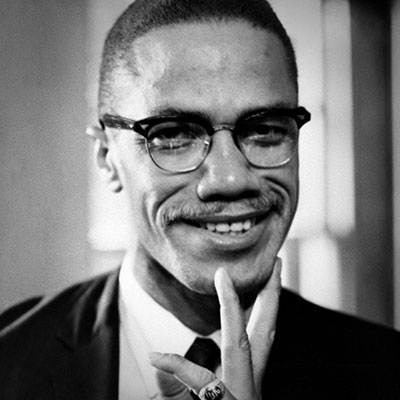 Malcolm X, born Malcolm Little, also known as El-Hajj Malik El-Shabazz, was a prominent human rights activist. To his admirers he was a courageous advocate for the rights of blacks, a man who indicted white America in the harshest terms for its crimes against black Americans; detractors accused him of preaching racism and violence. He has been called one of the greatest and most influential African Americans in history. In February 1965, shortly after repudiating the Nation of Islam, he was assassinated by three of its members. The Autobiography of Malcolm X, published shortly after his death, is considered one of the most influential nonfiction books of the 20th century.