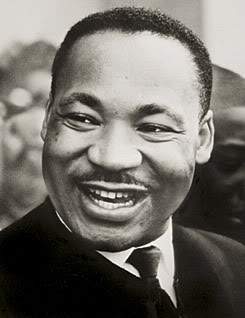 Dr. Martin Luther King, Jr., Nobel Peace Prize winner, is one of the 20th century’s most enduring figures. He advocated and practiced civil disobedience and non-violence. He said, “Christ gave us the goals and Mahatma Gandhi the tactics.” He rose to national prominence during the epic Montgomery bus boycott and then went on to spearhead a movement which ended juridical apartheid in the U.S. He was assassinated on the balcony of the Lorraine Motel in Memphis on April 4, 1968.