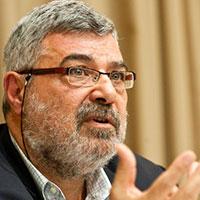 Rami Khouri has reported on the Arab region for decades. He is a senior fellow with the Middle East Initiative at the Belfer Center at Harvard’s Kennedy School. He was the Founding​ Director of the Issam Fares Institute for Public Policy and International Affairs ​at the American University of Beirut in 2006-14. He was Executive Editor of the Beirut Daily Star and before that Editor-in-Chief of The Jordan Times. His articles appear in major newspapers around the world.