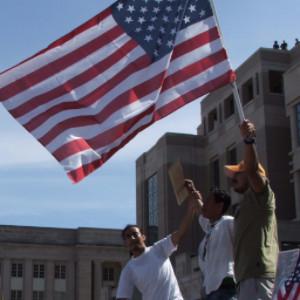 Who is An American?

Definitions of who is an American have been constantly shifting for more than two centuries. Parameters expand and contract as the political winds vary. Historically, race and racism have been central factors in determining who is an American. With changing demographic and immigration patterns, what are the implications of this important issue for the 21st century?

In the wake of disastrous neo-liberal economic policies, millions of people around the world are on the move looking for work. There is a backlash. In 2012 more than 400,000 people were deported from the U.S. The Obama administration deportation numbers exceed George W. Bush’s. The border today is like an armed camp with 20,000 agents patrolling it. There are proposals to double the number of agents and ratchet up spending. The influx of people from Mexico, Central America and elsewhere has led to little to no substantive immigration reform on a national level. Will drones, walls and increased militarization of the border address the issue? Private profit-driven corporations certainly think so. They are all about detection, apprehension, transportation, incarceration and deportation of immigrants. They are lining up for more lucrative government contracts. What would constitute a humane and fair immigration policy, one that kept families together?

Xenophobic tendencies in U.S. immigration policy are nothing new. The creation of a “permanent impermanent status” for millions of undocumented immigrants today can be seen in a historical context when we learn about The Chinese Exclusion Act of 1882, the Asiatic Barred Zone in 1917, and the mass deportations of Mexicans in the 1930s and 1950s. Currently there are nationalist sentiments demanding the deportation of 12 million undocumented immigrants no matter how impractical, no matter the cost. Even the humanitarian gesture to expand the numbers eligible for Deferred Action for Childhood Arrivals or DACA is overruled by activist judges. And we can still hear immigrants blamed for everything from bedbugs to measles. But these attitudes are losing traction as the “browning of America” continues. More humane proposals to integrate displaced peoples are slowly moving through state legislative bodies. But on the national level, the plight of new arrivals to the United States seems to twist in the proverbial political wind.

The history of Latino immigration to the U.S. is at once a political can of worms and a rich cultural tapestry. The links between immigration and U.S. policies in Latin America are documented, and as Latino numbers grow, their effect on American culture and domestic policy is no longer confined to border towns. Salsa now outsells ketchup, and bilingual education and citizenship issues are currently hot political topics. Juan González gives us a lesson on U.S.-Puerto Rican relations and details some of his experiences as a young immigrant from Puerto Rico.

Juan González, in his classic book, Harvest of Empire, writes, “We are all Americans of the New World, and our most dangerous enemies  are not each other, but the great wall of ignorance between us.” Sadly, instead of walls coming down, walls are literally going up. The border is militarized. The tens of millions of Latinos in the U.S. represent an enormous diversity from Dominicans to Bolivians and Salvadorans to Chileans. A fundamental social, political and cultural transformation is occurring way beyond barrios and bodegas, JLo and Marc Anthony, La Bamba and La Cucaracha, and nachos and tacos. Latinos are challenging conventional notions about race and ethnicity, labor and capital, education and language, justice and fairness, and our history as a nation of immigrants. How are Latinos changing the U.S. and how is the U.S. changing Latinos? 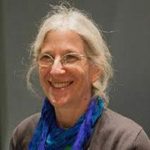 Avi Chomsky is a Latin American History professor at Salem State University and author of Undocumented: How Immigration Became Illegal and They Take Our Jobs and 20 other Myths about Immigration. 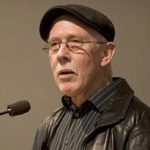 David Bacon is a labor organizer, immigrant-rights activist and award-winning journalist. He is the author of Illegal People and The Right to Stay Home.

Eric Foner, winner of the Pulitzer Prize, is a preeminent historian. He is DeWitt Clinton professor emeritus of history at Columbia. He is the author of many books including Reconstruction: America’s Unfinished Revolution, The Story of American Freedom and The Second Founding: How the Civil War and Reconstruction Remade the Constitution. 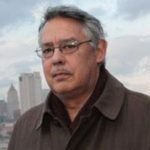 Juan González is an award-winning columnist for the New York Daily News and author of Harvest of Empire: A History of Latinos in America and co-author of News for All the People. He is the co-host of Democracy Now! 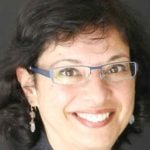 Be the first to review “2018 Immigration 6-Pack” Cancel reply