Sexual violence occurs from New York to New Delhi and from Denver to Durban. It wasn’t that long ago when even mentioning the subject was taboo. The stigma and shame were overwhelming. Help lines, counseling and rape crisis centers did not exist. In some countries, legal and cultural changes have made reporting easier. But in parts of Africa, West and South Asia, where patriarchy is deeply rooted, survivors of attacks are often blamed and ostracized. Sexual violence takes on many forms. But its underlying purpose is the expression of power and domination over the person assaulted. Take the case of the man in Ohio who imprisoned and repeatedly raped three women over a period of years. During war and civil unrest rape of women and of men is often used as a weapon. Sexual violence in prisons is widespread. 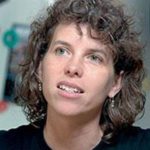 Victoria Banyard is professor of psychology at the University of New Hampshire. Her articles on sexual violence prevention appear in leading scholarly journals. She has been a guest editor on the theme of sexual violence, including Violence Against Women: An International Journal. She has co-edited two books: Trauma and Physical Health and Trauma and Memory.

Be the first to review “Sexual Violence” Cancel reply