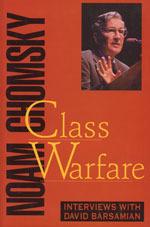 Continuing his best-selling interviews with David Barsamian, Noam Chomsky provides a road map to the concentration of corporate power.

Among the questions answered are:

Class Warfare also reveals an intriguing side to Chomsky: