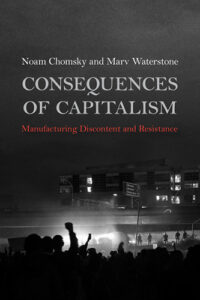 Covid-19 has revealed glaring failures and monstrous brutalities in the current capitalist system. It represents both a crisis and an opportunity. Everything depends on the actions that people take into their own hands. How does politics shape our world, our lives and our perceptions? How much of ‘common sense’ is actually driven by the ruling classes’ needs and interests? And how are we to challenge the capitalist structures that now threaten all life on the planet?

Consequences of Capitalism exposes the deep, often unseen connections between neoliberal ‘common sense’ and structural power. In making these linkages, we see how the current hegemony keeps social justice movements divided and marginalized. And, most importantly, we see how we can fight to overcome these divisions.

4 reviews for Consequences of Capitalism: Manufacturing Discontent and Resistance