The concept of environmental racism is a relatively new one. But that it exists is as certain as other forms of what might be called traditional racism. There is an increasing pattern of placing toxic waste dumps, hazardous materials and landfills in African American, Latino and Native American communities. If convenient sites can’t be found in the United States, there is always the South Pacific or other parts of the Third World. 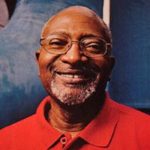 Robert Bullard is in the forefront of documenting and exposing environmental racism. Professor Bullard teaches at the University of California at Riverside. He is the author of Houston: Growth and Decline in the Sunbelt Boomtown, Dumping in Dixie and Environmental Justice, and People of Color.

Be the first to review “Environmental Racism” Cancel reply