The twentieth century is stained by death marches, gas chambers and killing fields. Genocide begins in Armenia, peaks in Europe and ends in Rwanda. It is difficult to refute the enormity of mass murder, yet deniers attempt to do so by revising and falsifying history. The Turkish government has taken denial to a new level by funding chairs at universities like Princeton to produce “scholarship” that the Armenian genocide never happened.

Recorded at the University of California at Berkeley. 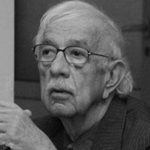 Israel Charny is Executive Director of the Institute on the Holocaust and Genocide in Israel. He is also Professor of Psychology at Hebrew University. He is chief editor of The Encyclopedia of Genocide.

Be the first to review “Genocide Denial” Cancel reply