Noted religious studies scholar Ira Chernus delves into the different stories that people, media, and government are creating to help explain the events of September 11th. Chernus addresses the question of how such violent acts can be done in the name of religion. His talks warns the listener about a new Cold War arising through the war against terrorism and how that will perpetuate and exacerbate the national state of insecurity. 18 October 2001. 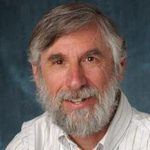 Ira Chernus is deeply interested in issues facing American Jews and Israel. He is professor of religious studies at the University of Colorado at Boulder, where he teaches the history of Judaism. He received his Ph.D. in the history of religions from Temple University. He has written a book on the connections between Rabbinic Judaism and Jewish mysticism.