Male dominated talk radio is central to the backlash against the feminist movement. The gains of women in the workplace threaten the traditional right wing. Limbaugh, Stern and their imitators fill the airwaves with their defense of male privilege. They yearn for the halcyon days of old where women were wombs and busy little bees in the kitchen. “Feminazis,” as Limbaugh calls them, are messing up the natural order of things. 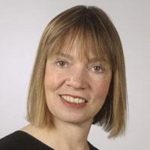 Be the first to review “Talk Radio: Letting Boys Be Boys” Cancel reply