Egypt: From Pharaoh to Pharaoh

Egypt’s latest pharaoh is Field Marshall Abdel Fattah el-Sisi. He orchestrated a coup toppling the democratically elected government of Mohamed Morsi on July 3, 2013. The U.S. refused to call it a coup, rather it lauded the action as “restoring democracy.” About a year later Sisi became president in a farcical election where he got 97% of the vote. Ever since Anwar Sadat, another military dictator, signed the Camp David agreement with Israel in 1979, Egypt has been a key part of U.S. policy in the Middle East. For playing ball, the generals in Cairo have been amply rewarded with billions. In August 2014, Human Rights Watch officials were denied entry into Egypt after issuing a report documenting a series of mass killings carried out under Sisi. Politics makes strange bedfellows for Washington but this one really stinks up the boudoir. Interview by David Barsamian. 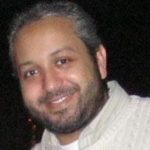 Mohamad Elmasry teaches at the University of North Alabama. His work on Egyptian media and politics has appeared in Al Jazeera English, Egypt Independent, and Jadaliyya.

Be the first to review “Egypt: From Pharaoh to Pharaoh” Cancel reply