The use of the word terrorism by politicians and the corporate media is highly refined and selective. September 11 is the event that defines the term. Acts of violence by designated enemies are without exception categorized as terrorism. The perpetrators are labeled as terrorists. But when the U.S. carries out air attacks, invasions, coups, sabotage and blockades those are explained away as necessary actions in response to heinous provocations. So the discussion, such as it is, is about the terrible things done to us not what we do to them. If there is any criticism at all it is about tactics or poor leadership or lack of resources. In all mainstream media reporting the U.S. is the victim of terrorism never its originator. 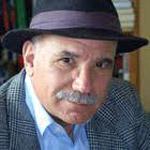 Reese Erlich, an award-winning journalist, was special correspondent with GlobalPost. He also reported regularly for NPR, Deutsche Welle and the CBC. He was the author of Inside Syria and Dateline Havana. He died in 2021.

Be the first to review “Terrorism & the Media” Cancel reply