Fascism is being mentioned more and more in the context of U.S. and European elections. It is a term that is bandied about often rather loosely. Orwell wrote that it is understood to be "something not desirable." But it is a complex political and economic synergy that has racism, force and nationalism as its animating matrix. It involves heavy doses of propaganda and media manipulation. Mussolini, in one of his more honest moments said, "Fascism should be more properly called corporatism, since it is the merger of state and corporate power." For Americans it is universally associated with despotic regimes in other countries. It can't happen here. Huey Long, the self-styled populist governor of Louisiana, once warned, "If fascism ever comes to America, it will come wrapped in an American flag."

Fascism of the classic variety is associated with Germany, Italy and Japan. It ends at the conclusion of World War II. But in the recent years there has been the development of a different variety which is neofascism. Neo is a Greek prefix meaning new. From Modi’s India to Erdogan’s Turkey neofascist autocratic regimes have taken hold. There is a direct connection from the failed economic policies of what is called neoliberalism to neofascism. Neoliberalism was given a huge boost in the 1980s by Reagan and Thatcher. Its characteristics are deregulation, cutting government spending, shredding the social safety net, privatization and tax cuts for the rich. The result: widespread immiseration and discontent. In its wake, demagogues exploit the situation. They are coming to power by scapegoating, instigating violence against minorities, coupled with loud calls for "getting our country back," and lots of flag waving.

What is fascism? Michael Parenti, author and historian says, “Fascism historically has been used to secure the interests of large capitalist interests against the demands of popular democracy. Then and now, fascism has made irrational mass appeals in order to secure the rational ends of class domination.”  Fascism flourishes in times of economic insecurity and cultural backlash. Opportunistic politicians offer up a platter of racism, xenophobia and hyper-nationalism. They stoke fear and resentment using simplistic slogans such as “Drain the Swamp” and “Build the Wall.” In the U.S. today, there is a whiff fascism in the air. Witness the march of white supremacists with torches held high in Charlottesville chanting “Blood and Soil,” an old Nazi slogan and “Jews Will Not Replace Us.” The president called them “very fine people.” 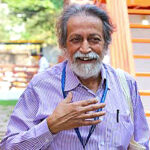 Be the first to review “Fascism 3-Pack” Cancel reply