Workers & the Challenge of Globalization

Globalization poses acute challenges for workers. While corporations go transnational, workers remain national. In a race to find cheap labor, businesses move to Third World countries. Unions are largely defenseless in the new economic order. Along with a decline in membership has come an erosion in the standard of living for most workers, whose real wages peaked in 1973. The much-vaunted “level playing field” has left corporations vertical and many workers horizontal. 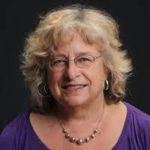