Olympic athletes to corporate executives at Volkswagen tell lies. Remember Tony Montana, the mobster in Scarface played by Al Pacino, when he said, “I always tell the truth, even when I lie.” The trick is to be convincing, have oodles of guile and be a smooth talker. In politics lying is an art form. There’s the joke about, How can you tell when a politician’s lying? Whenever you see his or her lips moving. When they are caught in a lie the PR damage control gurus rush in and coat the mendacity in, Well, it was taken out of context or the ever popular he or she misspoke. Lying in politics is strictly non-partisan. Eisenhower about the U.S. coup in Iran, Kennedy about Cuba. Johnson about Vietnam, Nixon on just about everything, Clinton. You get the picture. The list goes on and on. 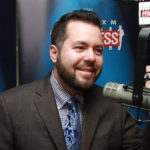 Ari Rabin-Havt is host of The Agenda, a national radio show on SiriusXM. His articles appear in USA Today, The New Republic, The Nation, Salon, and The American Prospect. He co-authored The Fox Effect: How Roger Ailes Turned a Network into a Propaganda Machine and Lies, Incorporated: The World of Post-Truth Politics.