Endless Consumption: The Party’s Over

The global financial crisis may mark the demise of the salad days of mindless shopping on multiple credit cards. The squeeze and contraction could have a positive effect. It can be seen as an opportunity for a genuine change in consumption patterns as well as recovering the concept of sacred earth, once so prevalent among Native Americans and other indigenous peoples. For too long the dominant view has seen the earth as a commodity to be exploited and to make money from. Resources, such as fresh water, are depleting at a rate that can’t be replenished, others, like oil are simply ending. How to move forward? The old paradigm of profligacy and culture of waste is simply not sustainable. We need radical new thinking and innovation. There is still time but sand is running out of the hourglass. 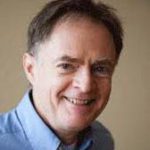 Be the first to review “Endless Consumption: The Party’s Over” Cancel reply