Afghanistan has always been the sideshow to the main event in Iraq. In the last year, the situation in that impoverished, war-ravaged, land-locked Central Asian country has gone from bad to worse. While U.S. favorite Hamid Karzai sits in Kabul, events outside the capital are deteriorating. Warlords divide regions into fiefdoms. Opium production is at an all-time high. The Taliban is resurgent. Suicide bombings and IEDs, heretofore unknown in Afghanistan, have been copied from Iraq. Military and civilian deaths are increasing. It was supposed to be a quick easy war. It hasn’t quite worked out that way for Washington policymakers. They may be learning, as other conquerors have, that it is easy to invade Afghanistan but difficult to pacify and control it.

Recorded at the Center for the Arts. 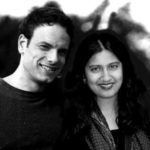 James Ingalls is a Staff Scientist at the California Institute of Technology. 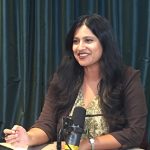 Be the first to review “Afghanistan: War & Occupation” Cancel reply