Keeping Hope Alive: A Vision of a Better America

For the first time since the Great Depression most Americans do not believe that their children will be better off than they are. The statistics reflecting the economic decline of the United States are numbing. The visual evidence is startling. The bridges are collapsing on the homeless who are encamped beneath them. Jesse Jackson thinks the country’s slide can be halted and reversed. In this inspiring presentation, recorded at the Kennedy School at Harvard, he offers a program of new priorities that he contends will realize greater economic and social justice. 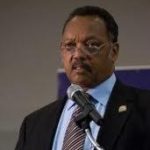 Jesse Jackson has twice been a candidate for the Democratic presidential nomination. He is the former Director of Operation Push and he is currently the National Chair of the Rainbow Coalition.

Be the first to review “Keeping Hope Alive: A Vision of a Better America” Cancel reply