The problem of the world’s poor is at its core a human rights issue. The worldwide economic downturn is working its way through every level of the global economy. Many people in the industrialized West are experiencing its negative effects with loss of jobs, savings, and homes. But the recession’s impact on people in the poorer parts of the world, who were already living with the acute insecurity of employment, food and shelter, is even greater. Amnesty International’s latest annual report on the state of the world’s human rights documents the devastating consequences of the crisis on the indigent and finds that the economic problems they face are human rights problems too. Political leaders reduce the economic crisis to financial questions that require bailouts and technocratic solutions and in the process ignore the human rights dimension. 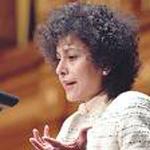 Irene Khan of Bangladesh is Secretary General of Amnesty International. She worked for the United Nations for many years and is the recipient of the Sydney Peace Prize. She is the author of The Unheard Truth.

Be the first to review “Poverty and Human Rights” Cancel reply