For years, unions and working people were in the forefront of social change. The eight-hour day, health coverage, paid vacations and pensions were victories won by organized labor after much struggle. Today, unions are under legal and political attack. Membership, once as high as 35% of the work force, is now at 15% and declining. 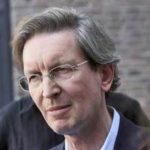 David Montgomery was a leading labor historian. He wrote many books including Workers’ Control in America and The Fall of the House of Labor. He died in 2011.

Be the first to review “The Labor Union Movement: History & Prospects” Cancel reply