As newsrooms shrink and budgets are slashed fewer and fewer reporters do serious investigative journalism. Award-winning reporter Robert Parry is part of a vanishing breed. He broke the Iran/Contra scandal, the October Surprise and other major stories while at AP and Newsweek. Today. Parry works as an independent and publishes The Consortium, a new investigative newsletter.

Recorded at the Media & Democracy Conference. 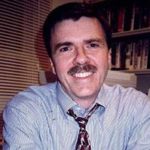 Robert Parry broke the Iran/Contra scandal, the October Surprise and other major stories while at AP and Newsweek. He was the publisher of Consortiumnews.com, an investigative newsletter for which he received the 2017 Martha Gellhorn Prize for Journalism. He passed away in January 2018.

Be the first to review “The Art of Investigative Journalism: Iran/Contra, October Surprise, etc.” Cancel reply