Fannie Lou Hamer was a fighter for equality and justice who said, “If I fall, I’ll fall five feet four inches forward in the fight for freedom.” Going against entrenched racism she was able to accomplish much in gaining voting rights for African Americans. She died in 1977 at the age of 59. Voting rights remain under attack. In the old days it was poll taxes, literacy tests and KKK terror. Today, racist legislatures suppress voter turnout, gerrymander districts, limit places where you can cast your ballot and crucially impose voter ID laws. A driver’s license is often required. Blacks are the main target of these new restrictions. According to one study, 37 percent of African Americans do not have a valid driver’s license compared to 16 percent of whites. The struggles that Fannie Lou Hamer faced have taken on new shapes and forms. 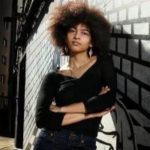 Haley Pessin is a member of the International Socialist Organization in New Paltz, NY, and organizes with Rockland Coalition to End the New Jim Crow (RCENJC).