Reproductive rights and abortion are under sustained political attack. Texas, Mississippi and other states have passed highly restrictive laws limiting and, in some cases, eliminating access to abortion. In all, nearly 600 anti-abortion laws have been introduced. The Supreme Court, with its three Trump-appointed justices, seems poised to decimate if not overturn the Court’s 1973 Roe v. Wade decision which legalized abortion. In 2018, even before the pandemic, the birth rate in the United States reached its lowest level in decades. The pandemic has further reduced childbirths. Feminist activists assert that declining birth rates represent a work slowdown, or strike, in the face of the poor conditions for those who do the work of bearing and raising children. For millions of overworked and exhausted women, the financial burden is significant. They must be compensated. Recorded at the University of California.

Denise Comanne, a prominent French feminist/activist wrote, “The oppression of women is very ancient: it existed before capitalism, which is also a system of oppression, but one that is more global in nature. Patriarchy can be defined in simple terms as the oppression and objectification of women by men. In addition to its strictly economic form, this oppression is expressed in many ways, notably through language, kinship relations, stereotypes, religion, and culture. The form oppression takes varies depending on whether you live in the North or the South, or in an urban or rural area. To be a feminist is thus to become aware of this oppression and, having realized that it is a system, to work to destroy it to help bring about the emancipation of women.” Over the centuries women have collectively struggled for their rights. That struggle continues.

Roe v. Wade, the landmark 1973 Supreme Court decision which established a constitutional right to abortion is under attack. The Supreme Court with its super-conservative majority is poised to overturn Roe. According to an editorial in Against the Current: “Poll after poll reveals that the right to abortion care actually has more popular support today than when Roe v. Wade was decided. If that right can be mutilated now, precedent and public opinion be damned, then no rights are secure from reactionary assault. For right-wing sharks getting rid of Roe is blood in the water.” The New York Times estimates more than 20 states “are expected to ban or substantially restrict abortion if the Supreme Court permits it.” However, some states like Colorado are going in the opposite direction, passing legislation legalizing the right to an abortion. Recorded at the University of Colorado. 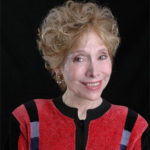 Dr. Harriet Fraad is a licensed mental health counselor and hypnotherapist in New York City. She’s been in practice for many years. She received her doctorate degree from Columbia University’s Teachers College and has done postdoctoral work at Yale University Medical School’s Child Study Center. 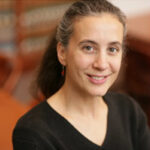 Jennifer Hendricks is a Professor of Law and Co-Director of the Juvenile and Family Law Program at the University of Colorado. She is the author of the essay “Abortion Rights in the Supreme Court: A Tale of Three Wedges.”