Gas prices are falling. The price of oil per barrel is at its lowest level in several years. Why? We’re told the global economy is slowing down again. Europe is sluggish. Japan is in recession. China’s growth rate is weakening. But there may be other factors. The U.S. is producing a huge amount of oil, particularly from shale. Prices are dropping because the market is flooded and production is outstripping demand. Reportedly, the U.S. got the Saudis, still the biggest producer, to quietly agree to increase their output. Who is hurt the most? Washington’s designated enemies: Russia and Iran. Both heavily depend on oil and gas revenues. There is a glut in natural gas too. But the quest for oil and gas never ends as energy corporations are looking to big paydays ahead and states seek to enhance their power. 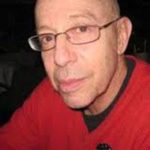 Michael Schwartz teaches at the State University of New York at Stony Brook. His articles appear in TomDispatch, Mother Jones, Against the Current, and Z. He is the author of many books including War Without End: The Iraq War in Context.

Be the first to review “Oil & Gas Wars” Cancel reply