Land-locked Armenia has had a long history but as a nation state it is rather new. Armenia declared its independence from the USSR in 1991. Left with a legacy of 70 years of Soviet rule, corruption is rampant. The adoption of neoliberalism by elites, as in other countries, has produced massive inequality. Oligarchs dominate the state and the economy. Unregulated mining is causing environmental damage. Water supplies are privatized. The state-run world-famous cognac factory was sold for peanuts to a French conglomerate. Quality health care, extremely expensive, is available for the rich. Education? More of the same. The major media are stenographers to power. Patriarchy and misogyny persist. Gender bias runs deep. Women are seen as child producers for the defense of the nation. Some Armenians, fed up with injustice, leave the country. Others, like Anna Shahnazaryan stay and resist. 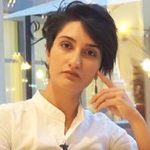 Anna Shahnazaryan is an environmental activist and a feminist based in Yerevan, Armenia.

6 reviews for Inside Armenia