As a political ideology, fascism developed in Mussolini’s Italy, a century ago. At its core, fascism conjures up a mythic past. There is nostalgia for a so-called purer time. Its advocates deploy a raw appeal to nationalism. Opponents are demonized. Politicians spew racist dog whistles. Minorities are scapegoated. Fascists use fear, one of the most powerful human emotions, to manipulate people. And there is always the implied threat and actual use of violence. The great radical historian Howard Zinn said, “You can’t be neutral on a moving train? Is this a moment where you want to be neutral? The train is moving. You have a choice. 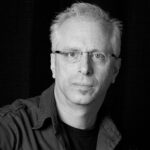 Andy Zee is co-initiator of Refuse Fascism and spokesperson for Revolution Books.