Eqbal Ahmad was a bold and original activist, journalist, and theorist who brought uncommon perspectives to critical issues. He was perhaps the first to recognize that former ally Osama bin Laden would turn against the United States. He anticipated the rapidly shifting loyalties of terrorists and understood that overthrowing Saddam Hussein would provoke violence and sectarian strife in Iraq. He frequently championed unpopular causes, such as the rights of Palestinians and protect Bosnians and Kosovars in a disintegrating Yugoslavia. Toward the end of his life, he worked tirelessly to broker a peace between India and Pakistan and to prevent the spread of nuclear weapons throughout the subcontinent. Recorded at the Boulder Bookstore. Interview by David Barsamian. 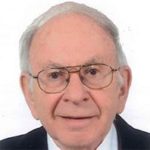 Stuart Schaar is Professor Emeritus of Middle East History at Brooklyn College, CUNY. He is the co-author of The Middle East and Islamic World Reader. A long-time colleague of Eqbal Ahmad, Schaar has also written a superb homage: Eqbal Ahmad: Critical Outsider in a Turbulent Age.

Be the first to review “Eqbal Ahmad” Cancel reply