Sugar: How Sweet It Isn’t

Sugar is the tobacco of the new millennium: backed by powerful lobbies, entrenched in our lives, and making some people very sick. There is growing evidence that sugar triggers chronic diseases such as diabetes that are likely to kill us, or at least hasten our deaths. In the U.S. and Canada about 30% of the population has diabetes; obesity is at epidemic proportions; heart disease is rising; nearly 10% of children are thought to have nonalcoholic fatty liver disease. And sugar is a leading cause of these problems. It has permeated our diet: such as its uses as a preservative, as an additive in cigarettes, and the pervasiveness of high-fructose corn syrup. Long held assumptions about sugar are being reexamined. Some communities from Oakland to Boulder are now taxing sugary drinks. In terms of health sugar can be very bitter. 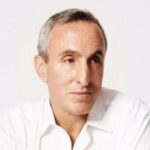 Gary Taubes is co-founder of the Nutrition Science Initiative. An investigative science journalist, his articles appear in The Atlantic, The New York Times Magazine and Esquire. He is the author of Why We Get Fat and The Case Against Sugar.

3 reviews for Sugar: How Sweet It Isn’t