Afghanistan, bin Laden, and the Taliban

In late December 1979, the Soviet Union invaded Afghanistan. The United States in its goal to oust them cut Faustian bargains with individuals and groups that are now implicated in terrorist attacks. The CIA organized, equipped, and financed the Afghan resistance, the Mujahideen. They were lauded as “freedom fighters” by President Reagan. Among them was a Saudi recruit, Osama bin Laden. The nearly decade-long operation was the biggest in CIA history. The agency poured in billions. And they got the payoff they wanted but with unforeseen consequences. After the Soviets were driven out, a civil war ensued. The Taliban emerged as the dominant force and seized power. Today, they face the wrath of the U.S. for harboring bin Laden and his organization. 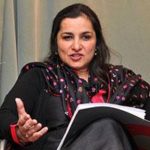 Nasim Zehra is one of Pakistan’s leading journalists and political commentors. A sydnicated columnist, based in Islamabad, she covers Middle East and South Asian issues. She has traveled to Afghanistan and has met with the Taliban leadership. Interviewed by David Barsamian.

Be the first to review “Afghanistan, bin Laden, and the Taliban” Cancel reply