The Open Veins of Venezuela

Historically, Venezuela has been an ATM machine for U.S. corporations. Located on the northern coast of South America with a population of 32 million, Venezuela is rich in  natural resources: diamonds, bauxite, gold, iron ore, natural gas and oil, especially oil. The election of Hugo Chavez in 1998 heralded in what he called the Bolivarian Revolution. It was a challenge to U.S. hegemony. After his death in 2013 he was succeeded by Nicolas Maduro who stood for election in that same year and won. Maduro was reelected in 2018. The economy is in crisis. There is runaway inflation. Supermarket shelves are empty. Many people have left for neighboring countries. The economy is being crippled by sanctions imposed by the U.S., Canada, and other countries. Ordinary Venezuelans are suffering. Washington is leading the charge for regime change in Venezuela. 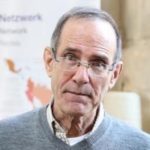 Steve Ellner has taught economic history and political science at the Universidad de Oriente in Puerto La Cruz, Venezuela for many years. His articles have appeared in The Los Angeles Times, In TheseTimes, The New York Times and other newspapers and journals. He is the author of Rethinking Venezuelan Politics: Class Conflict & the Chavez Phenomenon and Latin America’s Radical Left.

2 reviews for The Open Veins of Venezuela