The number of U.S. workers in unions is the lowest of any industrialized country. In the 1950s more than 35% of workers belonged to unions. Today that figure has dropped to 14%. The AFL-CIO is making efforts to reverse that decline. 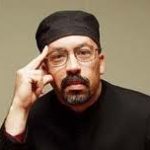 Bill Fletcher is the Director of the AFL-CIO’s Education Department in Washington, D.C.