Almost automatically the experts tell us that hostility toward Muslims and Islam takes shape after 9/11. Bigotry became a lot easier. But in fact the antagonism has much older and deeper roots. Christian Europe viewed Islam as a threat and demonized the religion, its Prophet and its followers. In the 18th and 19th centuries Britain and France colonized much of the Middle East and North Africa. Since the end of World War Two the U.S. has become the dominant imperial force. Its military operates in Muslim countries from Pakistan to Somalia and from Afghanistan to Yemen. Reducing Muslims to stereotypes furthers ignorance and leads to racial profiling. One group which tracks and studies Islamophobia says there has been a 50% increase in hate crimes against Muslims since 2010 and a 300% growth in the number of anti-Muslim hate groups in the U.S. 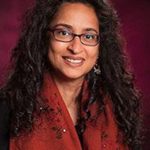