Today, fear stalks the globe. The grim reaper is taking a heavy toll. The coronavirus pandemic has led to many thousands of deaths and tremendous economic dislocation. In this climate of fear, authoritarian regimes from Saudi Arabia to Hungary, from Russia to Turkey, from Iran to the Philippines use the crisis as a pretext to curtail civil liberties, expand police power and surveillance, silence their opponents, settle old scores, muzzle the press and jail dissidents. The pattern repeats in different shapes and forms among tyrants and would-be tyrants. Indian prime minister Modi has thrown journalists critical of his rule in jail. Kashmir remains under military control. In Washington, the U.S. president has declared "ultimate authority. I call the shots.” How can people in democratic societies effectively respond to the current crisis?

Outbreaks: From Epidemics to Pandemics

Can you believe it? A hundred thousand U.S. dead and counting. The real number according to Dr. Anthony Fauci, the leading infectious disease expert, is “almost certainly higher.” A World Health Organization official warns that the coronavirus may become endemic, i.e., like HIV, “it may never go away.” Science writer and author Sonia Shah states, “Over the past fifty years, more than three hundred infectious pathogens have either emerged or reemerged, appearing in places where they’ve never been seen before.” Years before the sudden arrival of COVID-19, ninety percent of epidemiologists predicted that one of them would cause a deadly pandemic sometime in the next two generations. Unfortunately, they were right. By examining the stories of pandemics past we can begin to better understand our own future, and to prepare for what it holds in store.

The news about the pandemic goes from bad to worse. The term another grim milestone in the number of infections and deaths has become almost commonplace. But at some point, hopefully not too far away, the crisis will pass. Where will we be? The world will surely be different. There is so much uncertainty. Kim Stanley Robinson, the well-known science fiction writer, says, "The future isn’t cast into one inevitable course. On the contrary, we could cause the sixth great mass extinction event in Earth’s history, or we could create a prosperous civilization, sustainable over the long haul. Either is possible starting from now.” 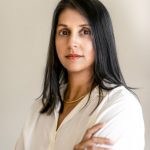 Sonia Shah is a science journalist. Her articles have appeared in the New York Times, the Wall Street Journal and Scientific American. She is the author of The Fever: How Malaria Has Ruled Humankind for 500,000 Years, Pandemic: Tracking Contagions, from Cholera to Ebola and Beyond and The Next Great Migration.

Vandana Shiva is an internationally renowned voice for sustainable development and social justice. She’s a physicist, scholar and social activist. She is a founder of Navdanya and Director of the Research Foundation for Science, Technology and Natural Resource Policy in New Delhi. She is the recipient of the Sydney Peace Prize and of the Right Livelihood Award, the alternative Nobel Prize. She is the author of many books including Water Wars, Earth Democracy, Soil Not Oil, and Oneness vs the 1%.

David Suzuki, Professor Emeritus at the University of British Columbia in Vancouver, is a leading environmentalist and science educator. He is a Companion of the Order of Canada and recipient of the Right Livelihood Award and UNESCO’s Kalinga Prize for the Popularization of Science. He is the host of the long-running CBC-TV program The Nature of Things. He is the author of more than fifty books, including The Sacred Balance, Everything Under the Sun and Letters to My Grandchildren.

Be the first to review “PANDEMICS I 3-Pack” Cancel reply