In Defense of Food

The Time magazine cover story, The Real Cost of Cheap Food, says, “Horror stories about the food industry have long been with us ever since 1906 when Upton Sinclair’s landmark novel The Jungle exposed how America produces its meat. In the century that followed, things got much better, and in some ways much worse. Big agricultural can now produce unlimited quantities of meats and grains at remarkably cheap prices. But it does so at a high cost to the environment, animals and humans. Those hidden prices are the creeping erosion of our farmland, cages for chickens so packed that the birds can’t even raise their wings and the scary rise of antibiotic resistant bacteria among farm animals. Add to the price tag the acceleration of global warming. Our energy intensive food system uses 19% of U.S. fossil fuels, more than any other sector in the economy. Since Americans are heeding such warnings and working to transform the way the country eats.” 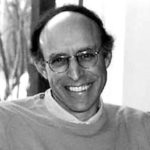 Be the first to review “In Defense of Food” Cancel reply