Direct human casualties and financial costs of wars are openly discussed in the media. Yet the war on the environment is rarely addressed. Superfund sludge leaks into our food and water supplies, uranium mining devastates reservations and bombing ranges litter the U.S. and its territories. It is easier to gain support for a war if the public believes the effects are confined to a war zone halfway around the world. Interview. 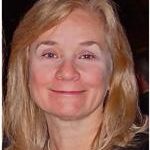 Adrienne Anderson was Professor of Environmental & Ethnic Studies at the University of Colorado at Boulder. She served as the Western Director of the National Toxics Campaign, a network of community groups that studies toxins in their communities. In 1997 Anderson filed a federal whistleblower case on a plan to mix plutonium waste with sewer sludge, process it into fertilizer and then use on American farms. She worked with farmers and unions to stop practices like this from taking place. She died in 2011.

Be the first to review “Planetary Casualties: The Hidden Costs of War” Cancel reply