The Selling of the Ukraine War

February 24 marks the first-year anniversary of the Russian invasion of Ukraine. Moscow’s action is a clear violation of international law. But it was not unprovoked. The NATO military alliance has expanded its bases right up to Russia’s borders. The U.S. and its NATO allies are sending more and more arms to Ukraine. Last week it was Patriot missiles. This week it’s tanks. What will it be next week? Fighter jets? The steady escalation of weaponry is music to the ears of the military-industrial complex. The longer the war goes on the more their cash registers go ka-ching. The continuation of the war is getting a hard sell from the armchair pundits and retired generals and their corporate media enablers. What will it take to stop the war?

Causes and Consequences of the Ukraine War

The Russian invasion of Ukraine has triggered the most dangerous international conflict in decades with ominous implications. It has already resulted in much death, destruction and displacement in Ukraine. A disruption in food supplies may lead to famine in West Asia, Latin America and Africa. And there is a possibility of the war escalating into something unthinkable. Understanding the root causes of the crisis is essential if we are to prevent it from getting worse and to find a way to bring it to a close. What role have the U.S. and NATO played historically and currently in Ukraine? What might a peace settlement look like? Recorded at the Schuman Centre for Advanced Studies.

The February 24th Russian invasion of Ukraine has rattled the world and has unleashed misery, death and destruction. What prompted Moscow's attack? From their perspective, the expansion of NATO, a U.S.-led military alliance, up to Russia’s borders threatens their national security interests. It went against assurances given by Washington that that would not happen. Years ago, George Kennan, the much venerated State Department diplomat warned against NATO expansion. With great foresight he said, it “would be the most fateful error of American policy in the entire post-cold-war era. Such a decision may be expected to inflame the nationalistic, anti-Western and militaristic tendencies in Russian opinion; to have an adverse effect on the development of Russian democracy; to restore the atmosphere of the cold war to East-West relations, and to impel Russian foreign policy in directions decidedly not to our liking.”

Medea Benjamin is a renowned peace activist and social justice advocate. She is co-founder of Global Exchange and CODEPINK. She is the recipient of the Martin Luther King, Jr. Peace Prize from the Fellowship of Reconciliation and the Gandhi Peace Award. She is the author of many books including Inside Iran, Kingdom of the Unjust: Behind the U.S.-Saudi Connection and War in Ukraine: Making Sense of a Senseless War. 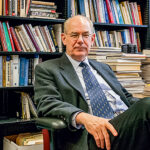 Ray McGovern is a former Central Intelligence Agency officer. He was a CIA analyst from 1963 to 1990. In the 1980s he chaired National Intelligence Estimates and prepared The President’s Daily Brief. Today, he is active in the peace and justice movement and works for Tell the Word, a ministry of the inner-city Washington D.C. Church of the Saviour.

Be the first to review “Ukraine-Russia 3-Pack” Cancel reply